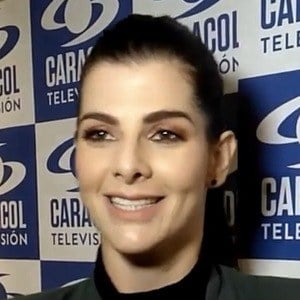 Model who is known for her various Colombian TV appearances as a presenter and host. She also participated in the 1999 Miss Colombian beauty competition as a representative for Valle del Cauca.

She attended various schools in Valle del Cauca. She participated on the cheerleading team for the soccer team America de Cali, where she was discovered.

She was born in Tulua, Colombia. She spent most of her childhood growing up in Cali. Her mother represented the region of Antioquia in the Miss Colombia beauty pageant in 1973.

She appeared alongside Martina Stoessel in the Argentinian Disney TV show Violetta.

Carolina Cruz Is A Member Of