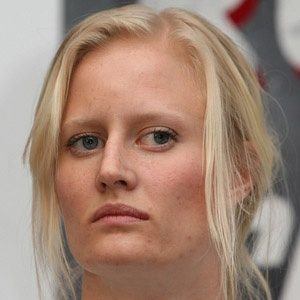 Retired Swedish track and field athlete who won gold in the Heptathlon in the 2004 Athens Olympics, as well as three golds in the World Championships.

She first placed in the European Indoor Championships at the age of 19.

She was also a 3-time heptathlon World Champion.

She has the second highest heptathlon athlete score of all-time; Jackie Joyner-Kersee has the highest score.

Carolina Kluft Is A Member Of