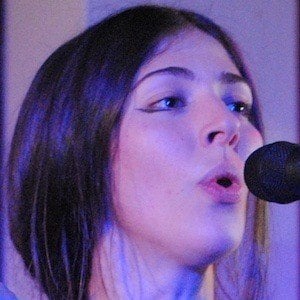 Singer and songwriter best known as the lead vocalist for the Brooklyn-born electronic band Chairlift. She also began performing as a solo act under the moniker Ramona Lisa in 2013, releasing her debut album Arcadia the following year. She followed it up with the album Drawing the Target Around the Arrow in 2017.

She was attending the University of Colorado when she and former bandmate Aaron Pfenning formed Chairlift in 2005.

In 2010, she formed an all-girl collaborative project with members from Au Revoir Simone, Telepath, and Apache Beat, amongst a number of other indie groups. In 2014, she was nominated for a Grammy as producer and engineer on Beyoncé's self-titled album.

She helped write and produce the hit Beyonce single "No Angel" in 2013.

Caroline Polachek Is A Member Of