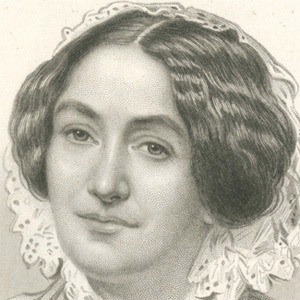 She and her ten younger siblings grew up in New York City. After living in Michigan for a time and publishing her first literary works, she returned to her home state.

During the late 1840s, she edited a publication called the Union Magazine.

She and her husband, New York Evening Mirror editor William Kirkland, married in 1828 and subsequently became parents to five children, including a son, Joseph Kirkland, who had a career as a novelist.

She was an acquaintance and literary contemporary of the acclaimed English novelist Charles Dickens.

Caroline Kirkland Is A Member Of