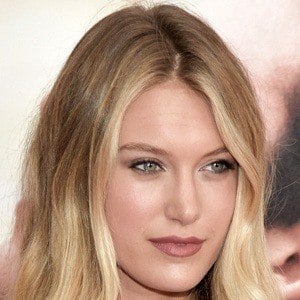 American model who has been featured in ads for brands like Soma Intimates, Minimale Animale and Maaji Swimwear. She is also an occasional actress, having appeared in films like War Dogs and How to Be Single. In 2018, she began appearing on E!'s docu-series Model Squad.

She was raised in Windermere, Florida.

She was the subject of a 2015 GQ article entitled "Caroline Lowe's Instagram Feed Is the Most Fun You Can Have on Your Phone."

She posed for a photo with scientist Bill Nye in January 2017.

Caroline Lowe Is A Member Of