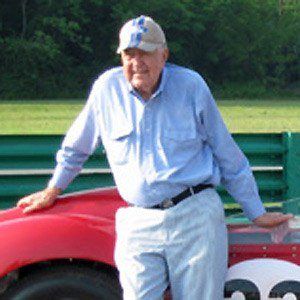 Designer of high-performance versions of the Ford Mustang. He created the iconic Mustang Cobra brand.

He initially wanted to be a chicken farmer, but he failed and decided instead to pursue an engineering career.

He had a brief stint as a racer, winning the 24 Hours of Le Mans and becoming just the second American driver to do so.

In 1943, he married Jeanne Fields and he and Jeanne had three children together. His father Warren was a car enthusiast, passing down his love of racing and automobiles to his son.

He was a member of the International Motorsports Hall of Fame alongside drivers like Herb Thomas.

Carroll Shelby Is A Member Of