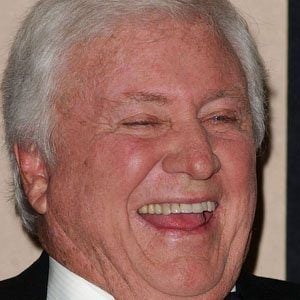 He played piano and sang in his high school choir, which helped raise money for the school.

He married Julann Wright in 1958. He credited her with coming up with the Jeopardy! concept.

He hosted The Price is Right for about a week while Bill Cullen was out on a trip.

Merv Griffin Is A Member Of

I Married a Princess
Born In 1925
Entrepreneurs
Born in California