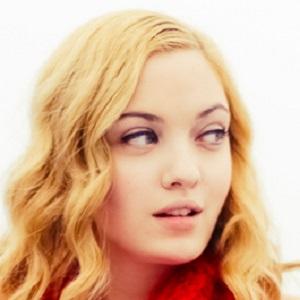 Rising musician, singer, and songwriter who toured with the Goodtimes Fest as a solo artist and later toured with Winter Lights, featuring IM5 and Hollywood E.

She played the famed role of Wendy from Peter Pan when she was just 4 years old. She forgot her lines, but that didn't stop her from simply enjoying the feeling of being up on stage.

She is also a signed model with MSA Models of New York. She won a modeling competition and donated the money to a juvenile diabetes cause as she suffers from the affliction herself.

She was born and raised in Montclair, New Jersey before deeming New York City her home base.

She traveled with internet sensations Taylor Caniff and Sammy Wilkinson on tour.

Carrie Lane Is A Member Of