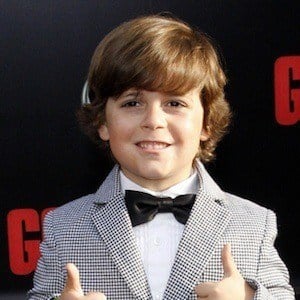 Film and television actor who rose to fame for his portrayal of Sam Brody in the 2014 Godzilla film. He has also appeared in a number of sketches/segments on Jimmy Kimmel Live!

He made his professional acting debut in the 2009 made for TV movie Love Finds a Home.

He attended the Nickelodeon Kids' Choice Awards in 2017.

He has a sister named Paige Bolde.

In 2016, he was photographed with legendary skateboarder Tony Hawk.

Carson Bolde Is A Member Of