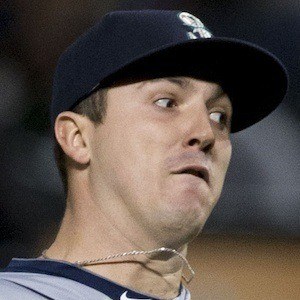 MLB relief pitcher who debuted with the Seattle Mariners in 2014 and was traded to the Boston Red Sox in 2015.

After graduating from Midland Christian High School, he began playing with the Grayson County College baseball team. However, he didn't begin to truly flourish until he transferred to Texas State University.

As a sophomore and junior at Texas State University, he was named Pitcher of the Year at the Southland Conference.

Though born and raised in Dallas, Texas, he later lived in Houston.

He became teammates with fellow pitcher Clay Buchholz on the Red Sox.

Carson Smith Is A Member Of