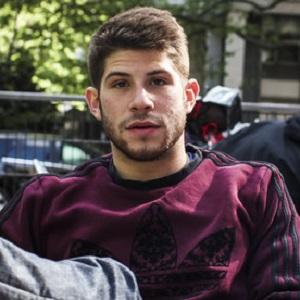 Touring musician who is part of the hip-hop and reggae duo Aer alongside David von Mering.

Growing up, he spent all of his time after school singing in a rock band. He later played gigs in Boston bars.

Aer released their first mixtape, Water on the Moon, in 2010 and two years later they came out with their first album, The Bright Side.

He was born in Boston and grew up in Wayland, Massachusetts. He has two older brothers.

He sings in a hip-hop duo like Harley Alexander-Sule of Rizzle Kicks.

Carter Schultz Is A Member Of