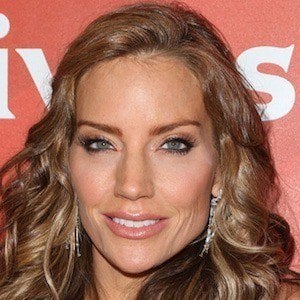 Bravo reality personality from the spin-off series The Real Housewives of Dallas. She has worked as a certified registered nurse and assistant when not on television.

She got her bachelors in the science of nursing from Baylor University and worked at the school's medical center where she worked in vascular and trauma surgery. She got her CRNFA degree at UCLA.

She became a part of several philanthropic programs including the Junior League of Dallas and Suicide and Crisis Center, among others.

Initially from Connecticut, she was raised in Ohio and later moved to Texas. She married plastic surgeon Mark Deuber, with whom she works as a nurse and assistant. She has a daughter and two step children.

She is a cast member of The Real Housewives of Dallas alongside LeeAnne Locken.

Cary Deuber Is A Member Of