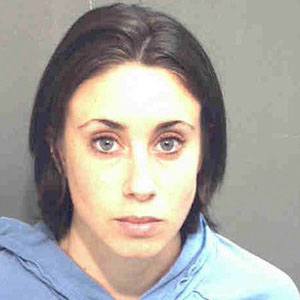 Mother of Caylee Anthony who was charged with first-degree murder for the death of her daughter. After a highly-publicized and controversial trial, she was found not guilty.

Caylee was reported missing in July 2008, and Casey was charged in October of that year.

While cleared of first-degree murder, Casey was convicted on four counts of making false statements to the police.

During the trial, it was reported that Casey had ceased communicating with her parents, George and Cindy.

Some people have compared her to O.J. Simpson, since each was charged with murder in a high profile case and ultimately acquitted.

Casey Anthony Is A Member Of