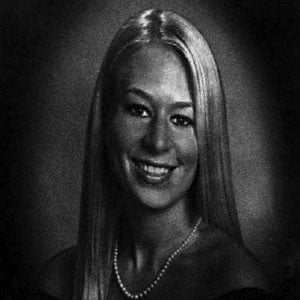 American teenager who disappeared in May of 2005 while vacationing with her high school classmates in Aruba.

She attended Mountain Brook High School in Alabama, where she was a member of the Dance Squad and The National Honor Society.

She was declared dead in absentia in January of 2012, when she had been missing for seven years.

She and her brother were born in Mississippi to Dave and Beth Holloway. Following the Holloways' divorce, the children lived with their mother and stepfather in Alabama.

Joran Van Der Sloot, the primary suspect in the disappearance of Natalee Holloway, was later convicted of the murder of another young woman, Flores Ramirez.

Natalee Holloway Is A Member Of