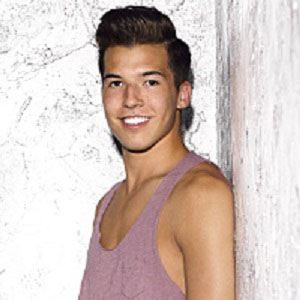 Contemporary style dancer who competed on the 11th season of So You Think You Can Dance, finishing in the top 6.

He was 8 years old when he started dancing, training in hip hop for a couple of years before switching to ballet, jazz, contemporary, and lyrical.

Though he was eliminated in week 7, he paired up with Jessica Richens once again during the finale of the season for one last performance.

He is half-Japanese and is a native of Seattle, Washington.

Both he and Stephen Boss were Chapman University alums who competed on So You Think You Can Dance.

Casey Askew Is A Member Of