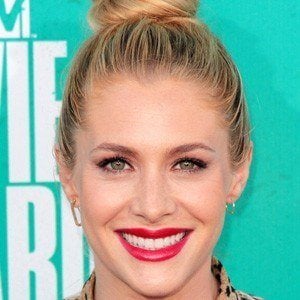 Young supporting actress who had her breakout film role as Kate in Twilight Saga: Breaking Dawn - Part 1 and Part 2.

She had her first acting role in the 2005 film The Unknown.

She acted in the acclaimed indie films Skateland and Hide Away.

She moved to Los Angeles from New York with her sister and mother when she was 16.

She had a supporting role with Josh Lucas in the 2011 drama Hide Away.

Casey Labow Is A Member Of