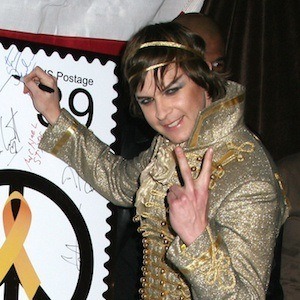 Singer, songwriter and performance artist who is perhaps most famous for co-founding the American electroclash duo Fischerspooner. Additionally, he is known for his work with the experimental performance art collectives Doorika and The Wooster Group.

He met his Fischerspooner bandmate Warren Fischer while attending the School of the Art Institute of Chicago.

His first solo album, Adult Contemporary, was released in 2011.

He has a sister named Stephanie.

His album with Fischerspooner, SIR, was co-produced by R.E.M.'s Michael Stipe.

Casey Spooner Is A Member Of