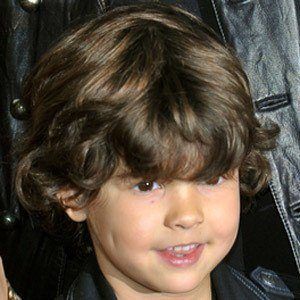 Widely known as the younger son of prolific Guns N' Roses guitarist Slash. His mother is Perla Ferrar, who was his father's second wife.

His father rose to international acclaim as the energetic guitarist for the iconic rock group Guns N' Roses during the 1980's.

In 2005, his father was named Best Guitarist in a survey conducted by Esquire Magazine.

He has one older brother named London.

Cash Anthony Hudson Is A Member Of