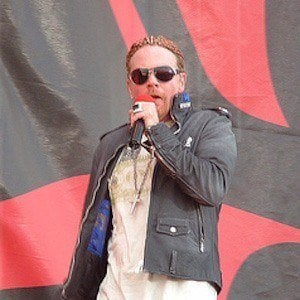 Known for his high-pitched vocals and overall vocal range, he became famous as the animated lead singer of Guns N' Roses. The band's best known songs include "Welcome to the Jungle," "Paradise City," and "Sweet Child o' Mine."

He grew up in a torn home and suffered from abuse by both his biological father and his step father, which stagnated his emotional growth.

He was inducted into the Rock and Roll Hall of Fame as a member of Guns N' Roses in 2012.

His birth name is William Bruce Rose, Jr. He married Erin Everly on April 28, 1990 and got an annulment in January 1991.

Axl Rose Is A Member Of