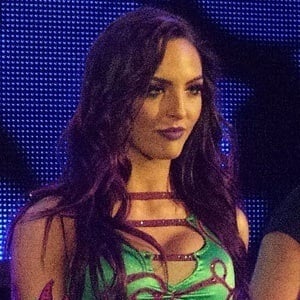 Australian model and wrestler named Cassie McIntosh but best known by the ring name Peyton Royce. She joined the WWE in 2015, where she started training with NXT.

She trained in dance at a young age and started wrestling when she was nine. She won a Prairie Wrestling Alliance Women's Championship in 2014.

Although she was born in Sydney, she moved to Calgary, Canada to pursue a career in wrestling.

She and fellow wrestler Jessie McKay attended high school together.

Peyton Royce Is A Member Of