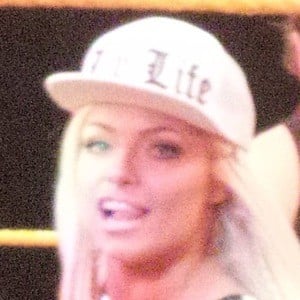 Professional wrestler who joined WWE's NXT training program in 2014 and made her debut as a planted fan. Her real name is Gionna Daddio, but she is best known by her ring name Liv Morgan.

She worked at Hooters, also modeling for the company, prior to joining NXT.

She's fond of pizza, as evidenced by her social media accounts encouraging people to say no to drugs and yes to pizza. She has more than 1.3 million followers on Instagram.

She grew up in Elmwood Park, New Jersey. She dated Enzo Amore in 2017.

In late 2015, she competed against Emma, ultimately losing the match.

Liv Morgan Is A Member Of