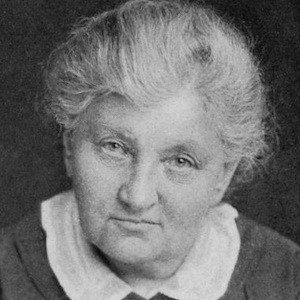 Russian socialist sometimes known as Babushka, who was often referred to as the Grandmother of the Russian Revolution. She was forced to flee following the October Revolution and later died in Czechoslovakia.

She became a follower of anarchist Mikhail Bakunin at age 26.

She formed a socialist revolutionary group after her exile to Siberia and helped to organize the Socialist-Revolutionary Party in 1901.

She and politician David Ben-Gurion were both imprisoned during the Russian Revolution of 1905.

Catherine Breshkovsky Is A Member Of