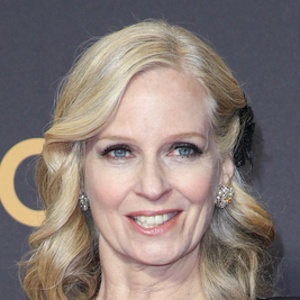 Actress who rose to widespread fame for her role as Agent Connie Frazier on the popular Netflix original TV series Stranger Things. She has guest starred on a litany of other TV series, including Army Wives, Halt and Catch Fire, and The Resident.

She earned her acting degree from the American Academy of Dramatic Arts. She then moved to New York City and began garnering work in TV and commercials.

She appeared as Mrs. Smith in the critically-acclaimed 2009 film The Blind Side. She later appeared in the 2016 comedy film Dirty Grandpa.

Her husband's name is Jason.

She appeared alongside David Harbour on the Netflix original series Stranger Things.

Catherine Dyer Is A Member Of