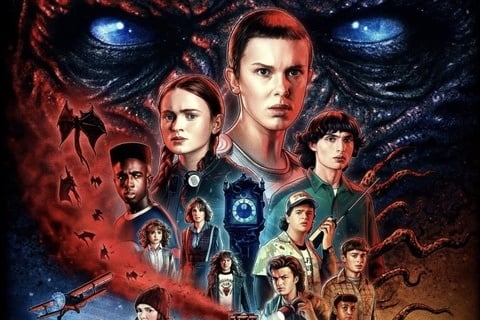 After a young boy goes missing in the 1980s, his friends, family and local police encounter strange phenomena as they try to find him. The show's first and second seasons were each nominated for five Primetime Emmy Awards.

The creators of the show, Ross and Matt Duffer, have stated that it is heavily influenced by the films of Steven Spielberg and the novels of Stephen King.