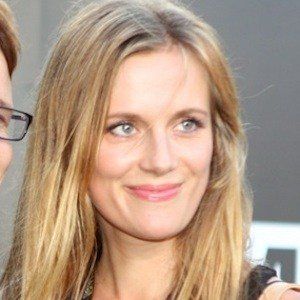 Actress who rose to widespread fame for her role as Natalie Davison in the Australian soap Home and Away. She starred in 100 episodes throughout the course of her time on the show in 2012-2013.

She graduated from the University of Melbourne with her B.A. in criminology and philosophy.

She starred on the Australian Channel 9 children's TV series Pig's Breakfast. She also starred on Jasper and Travail.

She became engaged to fellow actor Rick Donald in October 2014.

She starred alongside Lynne McGranger on Home and Away.

Catherine Mack-Hancock Is A Member Of