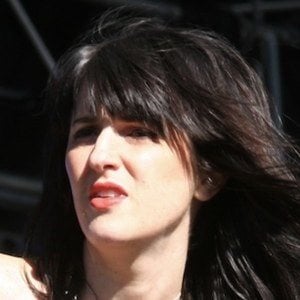 Known as the bassist for such alternative rock and country bands as Grace Potter and the Nocturnals and Ryan Adams and the Cardinals, this musician also belonged to a trio called Puss n Boots that included artists Sasha Dobson and Norah Jones.

After graduating from the North Carolina School of the Arts, she received additional training at the Manhattan School of Music.

In the early 2000s, she recorded three albums with a New York-based folk band called Hem: Rabbit Songs, Eveningland, and No Word from Tom.

She was born and raised in Charlotte, North Carolina.

In 2012, she toured with The Peacocks, a band fronted by guitarist and vocalist Jack White (of The White Stripes).

Catherine Popper Is A Member Of