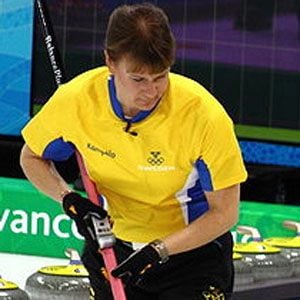 She won her first gold medal at the 2005 World Curling Championships in Paisley.

She helped team Sweden win medals in the 1989 and 1990 World Junior Curling Championships.

Her sister Anette Norberg is part of her curling team.

She medaled at the 2006 Winter Olympics when American skier Bode Miller also competed, yet had a disappointing run.

Cathrine Lindahl Is A Member Of