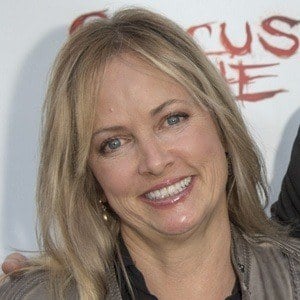 She portrayed Cally Harper Ewing on the television show Dallas.

She graduated from the University of California.

She has had roles on many TV shows such as Murder, She Wrote and Growing Pains.

She had three children with Steven Glueck.

Cathy Podewell Is A Member Of