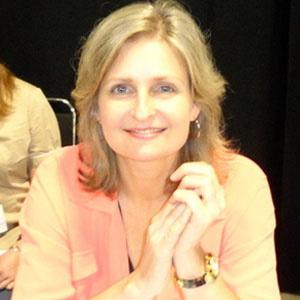 Voice actress based in Canada, chiefly known for her consistent work with Ocean Productions. She voices the character Spike on the popular animated series My Little Pony.

She first worked as an associate producer at CBC Radio in Canada, until one of the hosts of the program encouraged her to try voice acting.

She has lent her voice to several anime programs, including Gundam Wing and Mobile Suit Gundam.

She was born and raised in Vancouver.

She and fellow voice actor Christopher Sabat have both voiced characters on the international hit show Dragon Ball Z.

Cathy Weseluck Is A Member Of