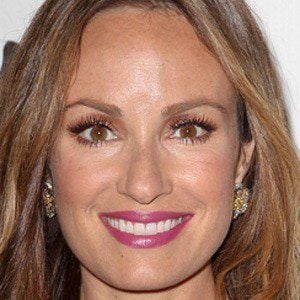 Broadcast journalist who co-anchored the E! News Weekend entertainment program. Also an actress, she appeared on the soap opera General Hospital and in the film Knocked Up.

She attended Indiana University and subsequently secured a San Francisco-based position as an entertainment journalist.

She acted in the 1986 feature film Hoosiers when she was just eleven years old.

Her first marriage to Kyle Boyd produced two children: Arion and Austin. She was married to second husband Rhys David Thomas from 2011 to 2017.

She and Ryan Seacrest were co-anchors of a popular E! News program.

Catt Sadler Is A Member Of