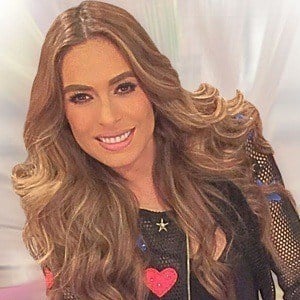 Spanish-speaking host of Televisa's Hoy and El gran show de los Peques. She started hosting Me Pongo De Pie in Mexico and the US in 2015.

She appeared on her first telenovela, El premio mayor, in 1995.

She gained reality fame as the winner of the 2002 season of Big Brother VIP. She starred in the Mexican telenovela La Verdad Oculta in 2005.

She married Fernando Reina in 2011.

She hosted the reality competition Pequenos Gigantes, which was judged by singer Maria Jose.

Galilea Montijo Is A Member Of