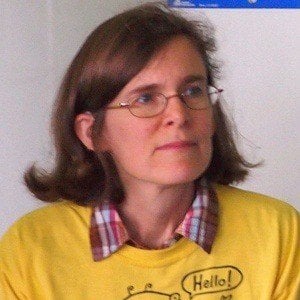 Author who is known for her work across the juvenile fiction genre. In 2014, she released the novel El Deafo, which was based upon her own personal experiences. She received a Newberry Honor Award for her work on the novel in 2015.

She studied at the College of William & Mary, graduating with a degree in art. She then obtained a graduate degree in illustration and design from Kent State University.

She has also illustrated a series of sock monkey books, wherein the reader is taken on various adventures of the main sock monkey protagonist. In 2003, she released her first of the series, Sock Monkey Goes to Hollywood, after 3 years of work.

She was born and raised in Richmond, Virginia.

She lists Richard Scarry, and his Best Counting Book Ever, and Judy Blume as two of her most prominent influences.

Cece Bell Is A Member Of