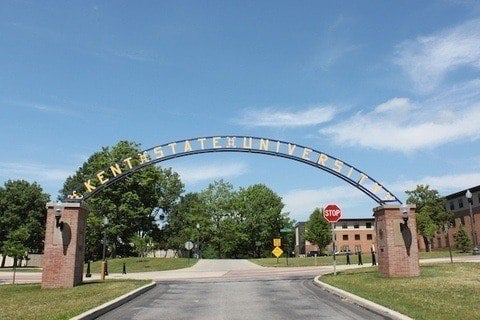 Originally founded as a teacher-training school, the university has grown over the years and now enrolls around 30,000 students yearly at its primary campus.

During the Vietnam War, the school became known for its student activism and was the backdrop for the May 4 massacre in 1970 when four protesting students were tragically shot and killed by the Ohio National Guard.