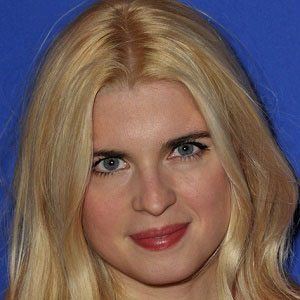 Notable for her performances in such French and British films as, respectively, Paris à Tout Prix (2013) and My Last Five Girlfriends (2009), she is also known for her recurring role as Victoire in the French television series Clara Sheller. Also a recording artist, she released her debut album, My Name Is, in 2013.

She made her screen acting debut in her late teens, appearing in an episode of the television series Le Grand Patron.

Her 2013 single "Come Back to Me" peaked at number twenty-two on French music charts.

Born Cécile Crochon, she is also known by the stage names of Cecile Cassel and HollySiz. She was born in Paris, France, and is the daughter of actor Jean-Pierre Cassel and the sibling of entertainers Vincent and Mathias Cassel.

She and Jacques Gamblin were both in the cast of the 2008 French film The First Day of the Rest of Your Life.

Cecile Cassel Is A Member Of