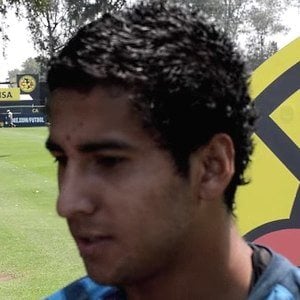 Forward who became a breakout star while playing for the Paraguayan club Cerro Porteño, winning the Paraguayan Primera División title in 2015 and becoming the league's top goal-scorer in 2016. He debuted as a member of Paraguay's senior national team in 2013.

He grew up in Asunción, Paraguay and played youth soccer with Sol de América.

He tied with Miguel Borja as the top goal-scorer at the 2016 Copa Sudamericana with six goals.

His parents' names are Elisa and Alberto.

He has played alongside forward Oribe Peralta on Club América.

Cecilio Domínguez Is A Member Of