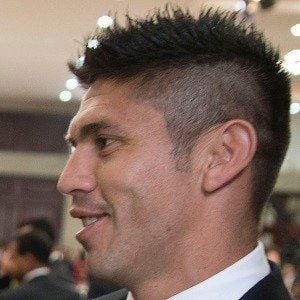 Mexican forward who joined Santos Laguna in 2006 after spending two years with Monterrey and a year with Leon. He joined the Mexican national team in 2005. In 2019, he was signed by Guadalajara.

He made his professional debut with Monarcas Morelia in 2003, at age 19.

He was raised with several siblings in Torreon, Mexico. He married Monica Quintana and has two children named Diego and Romina.

Oribe Peralta Is A Member Of