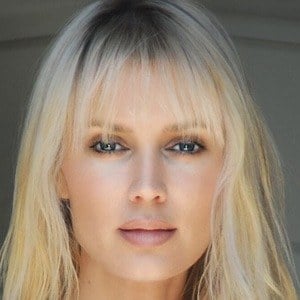 Actress and model who more often than not portrays a model in the films and shows in which she would appear. Credits of hers include Domino and The Bold and the Beautiful.

In 2004, she appeared in the short film Cashback, reprising her minor role in the feature made from the short of the same name two years later.

She landed the roles of Janet in the movie The Bag Man, and Brittany in the television movie A Christmas Kiss II.

She was born Celesta Shanti Hodge in Mendocino County, California.

She was featured in the Keira Knightley-starring film Domino.

Celesta Hodge Is A Member Of