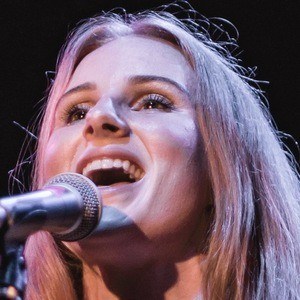 Singer and multi-instrumentalist who rose to fame after taking third place in the second season of The Voice Australia. She released the debut album This Music in 2013 followed by the EP Bodies. She has since launched a new musical project under the pseudonym Vera Blue.

As a child, she began her musical journey singing. Gradually she evolved into learning to play the guitar, performing acoustically.

In a 2013 issue of Cosmopolitan, she was nominated for a Fun Fearless Female Award.

Her mother, Donna, gave birth to three children. As the middle child, she was born between her elder sister Em and her younger brother James.

She was selected to support Conrad Sewell on his 2016 Australian tour.

Celia Pavey Is A Member Of