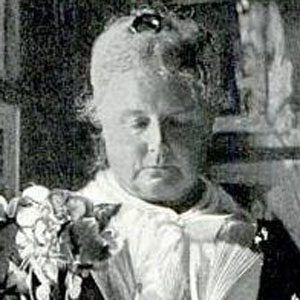 American poet known for such beloved nature poems as "The Sandpiper," "The Kingfisher," and "The Great White Owl." She was a prominent member of the nineteenth-century New England literary scene.

During the early years of her career, she published poems in The Atlantic Monthly.

She was a family friend of painter William Morris Hunt. When Hunt committed suicide in 1879, Celia Thaxter was the one to find his body.

The daughter of a lighthouse keeper, she grew up on the Isles of Shoals (near Maine and New Hampshire). She and her husband, Levi Thaxter, had a son named Roland.

She worked as a hostess in her father's Maine hotel, which was a popular gathering place for prominent authors such as Nathaniel Hawthorne and Ralph Waldo Emerson.

Celia Thaxter Is A Member Of