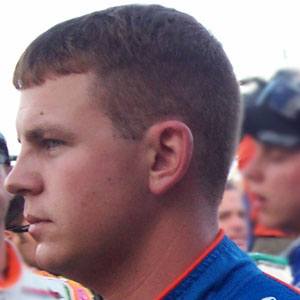 American race car driver who made his NASCAR debut in 2003.

He raced in all three NASCAR series events.

His father Bob became his spotter during race practice sessions.

He replaced Randy Lajoie in the #92 Dodge for Front Row Motorsports in 2006.

Chad Blount Is A Member Of