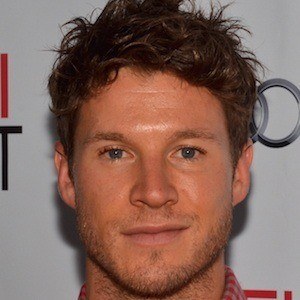 American actor who has played roles on numerous television series since 2005 including the role of Tim on the series Greek.

He majored in journalism at Ithaca College and intended on a public relations career while working for a PR firm before he started acting.

He has also acted in the films Lake Placid 2 and Sniper: Reloaded.

He was born and raised with his family in upstate New York.

In 2012, he appeared on an episode of the television show 2 Broke Girls, starring Kat Dennings.

Chad Collins Is A Member Of