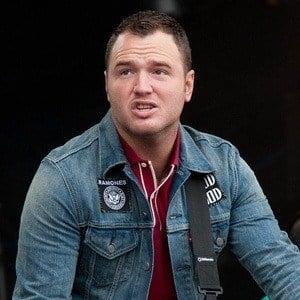 He was recruited to join New Found Glory by the three friends who started the band.

Also a producer, he has worked on H2O's Nothing to Prove and A Day to Remember's albums, Homesick, What Separates Me from You and Common Courtesy.

He was briefly married to musician Sherri Dupree in 2007. In February 2016, he married Paramore's lead singer Hayley Williams; however, in July 2017 they announced they were splitting. He got engaged to Lisa Cimorelli in 2019 and they tied the knot the following year. They're currently expecting their first child together.

He wrote the song "Hit or Miss" for American Pie 2, a film that starred Jason Biggs.

Chad Gilbert Is A Member Of