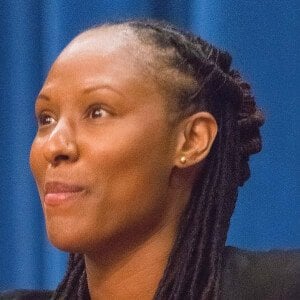 Women's basketball player who became a six-time WNBA All-Star as a member of teams like the Washington Mystics and Los Angeles Sparks. In 2000, she won an Olympic gold medal representing the United States.

She has publicly battle depression and founded the nonprofit organization the Chamique Holdsclaw Foundation in support of good mental health.

She and Nikki McCray were both WNBA All-Stars with the Washington Mystics.

Chamique Holdsclaw Is A Member Of