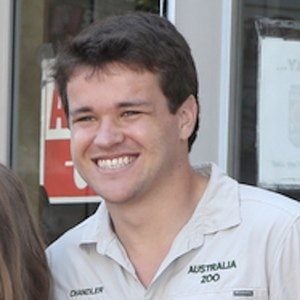 Wakeboarder widely known for winning a triple crown title in 2014 and finishing top 3 in the Wake Park World Series.

He first learned to wakeboard at twelve years old in McCormicks Cable Park in Seffner, Florida.

He has been sponsored by companies like Fuse and Liquid Force.

His father, Chris Powell, participated in the first ever wakeboarding competition. In 2015, he gained media attention for beginning a relationship with Bindi Irwin. He and Bindi got married in 2020, and they welcomed a daughter named Grace Warrior Irwin Powell in March 2021.

He is married to the daughter of Steve Irwin who is better known as The Crocodile Hunter.

Chandler Powell Is A Member Of