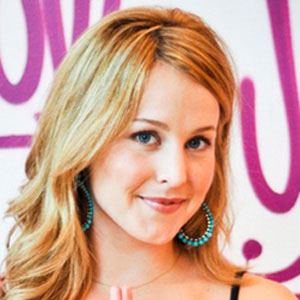 Stage actress and singer known for her role as Glinda in the 2009-2011 National Tour of the popular Broadway musical Wicked. She also appeared in the 2003 Broadway revival of Gypsy.

She starred in an Off-Broadway production of What's That Smell: The Music of Jacob Sterling.

She grew up in San Diego, California and moved to New York City in her late teens.

She shared the stage with Broadway legend Bernadette Peters in the 2003 revival of Gypsy.

Chandra Lee Schwartz Is A Member Of