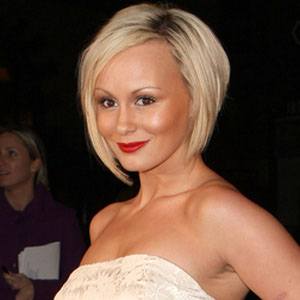 TV personality who rose to fame after appearing on the reality competition series "Big Brother" in 2007. She was also the star of the reality seris "Chanelle: Wannabe Popstar" in 2008.

She appeared on Big Brother's eighth season in 2007, where she became romantically involved with fellow contestant Ziggy Lichman.

She "won" a country-wide poll of Great Britain meant to find the nation's least talented celebrity in May 2008.

She was raised by adoptive parents named Christine and Harry. In 2010 she welcomed a son named Blakely with former soccer player Matthew Bates. The couple split that same year.

She replaced Holly Willoughby as a panelist on ITV2's "Celebrity Juice".

Chanelle Hayes Is A Member Of