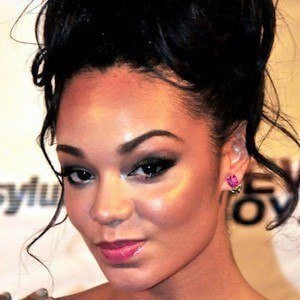 Glamour model and actress known for gracing the cover of Black Men magazine and for appearing in music videos for artists like Usher, Snoop Dogg, and Lil Wayne.

She studied applied mathematics at Coppin State University after winning the title of Baltimore's Top Model as a teen.

She has acted in movies like the 2011 film After Hours: The Movie and the 2012 straight to video film The Coalition.

She was born in North Carolina but grew up in Baltimore, Maryland.

She is close friends with television and radio host Claudia Jordan.

Chanta Patton Is A Member Of