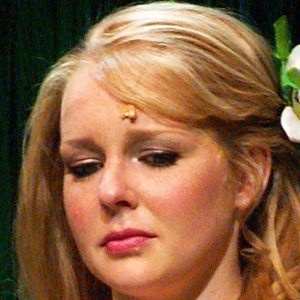 Dutch actress who is best known for starring in musicals such as The Preacher, Wicked, and Full Moon Party. She also starred as Sophie in the TV series Divorce from 2012-2016.

She was taught classical music, jazz, tapdance and acting at the Amsterdamse Hogeschool voor de Kunsten.

She won the 2002 John Kraaijkamp Musical Award in the Upcoming Talent category for her role in Saturday Night Fever.

She began dating Marco Geeratz. They had a son named James in 2009 and in 2014 they married.

She starred in the musical production of Saturday Night Fever which involved a collaboration with Arlene Phillips.

Chantal Janzen Is A Member Of