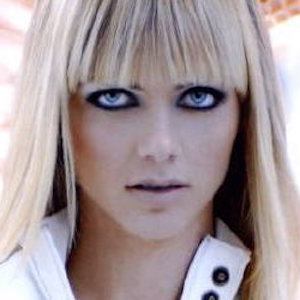 Model best known as the runner up to Saleisha Stowers in cycle nine of the popular CW reality series America's Next Top Model. She has since gone on to appear in print and runway campaigns for designers like Oscar de la Renta, Lauren Conrad, and Ed Hardy.

She had been a fan of America's Next Top model from it's beginnings with cycles one and two and, at nineteen, had driven to Dallas, Texas to attend an open casting call to land a spot on the show.

In 2008, she had a guest role on the CBS soap opera The Bold and the Beautiful.

She was born Heather Chantal Jones in Austin, Texas. She went on to marry jiu-jitsu trainer Josh Griffiths.

She portrayed the main character in the music video for Pete Yorn's "Don't Wanna Cry."

Chantal Jones Is A Member Of