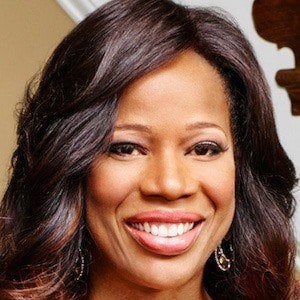 Best known for her appearance on the reality TV series The Real Housewives of Potomac. She made her debut on the Bravo reality series' first episode in January 2016.

In 2014, she won the D.C. Dancing Stars charity competition. She has worked closely with the NBA's Behind the Bench wives' association and done charity work with them.

She has two children, a son named Jackson and a daughter named Skylar, with her husband Eddie.

She has appeared on Bravo's The Real Housewives of Potomac alongside Gizelle Bryant.

Charrisse Jackson-Jordan Is A Member Of